The murals in Northern Ireland - Maxicours

The murals in Northern Ireland

If you go to Northern Ireland, and more especially to major cities like Belfast or Derry, you will discover lots of paintings on the walls. It comes from the fact that Northern Ireland is a country with a terrible history, and events related to it have been recorded by artists everywhere you go.
Consequently, everybody can understand what its inhabitants have been through in the past centuries. It is also a way that seems to tell the inhabitants of the country: Do not forget! So, we will see that they are not only works of art, they also express feelings and deal with topics such as identity, memory, culture, etc.

Before dealing with these famous paintings, you must know that Northern Ireland has not always been Northern Ireland. Indeed, until 1921 and the Irish War of Independence, the island was not divided into two distinct countries, which means Northern Ireland did not exist one century ago.

It was created then when the English who ruled over the country accepted leaving the place but refused to give full independence to the country after two years of war. They would live the island providing six counties remained under British rule.
These counties were Antrim, Armagh, Derry, Down, Fermanagh and Tyrone mostly inhabited by Unionists, who were mainly Protestants and in favour of the British crown. A treaty was signed by Michael Collins on December 6th, 1921 and Northern Ireland was born. Then the island partitioned between Northern Ireland and the Republic of Ireland.

Soon, the Catholics in Northern Ireland were deprived of their civil rights and most jobs were given to the Protestants. The unemployment rate among the Catholics reached 30%! Tensions began between the two communities and a long period of violence which lasted about 30 years and known as the Troubles, spread all over the country.

In 1972 for example, whereas they were parading in the streets of Derry, the Catholics were attacked by British paramilitaries who shot 14 innocent men. This tragedy is known as Bloody Sunday. You can see murals commemorating it in Derry and Belfast.

Other paintings celebrate the paramilitary troops which used to protect the Catholic community from the Protestants: the IRA (the Irish Republican Army).

You can also contemplate the portrait of a young Catholic man imprisoned for firearms possession, Bobby Sands, who became the leader of the 1981 hunger strike movement and who died in prison after 66 days on strike. 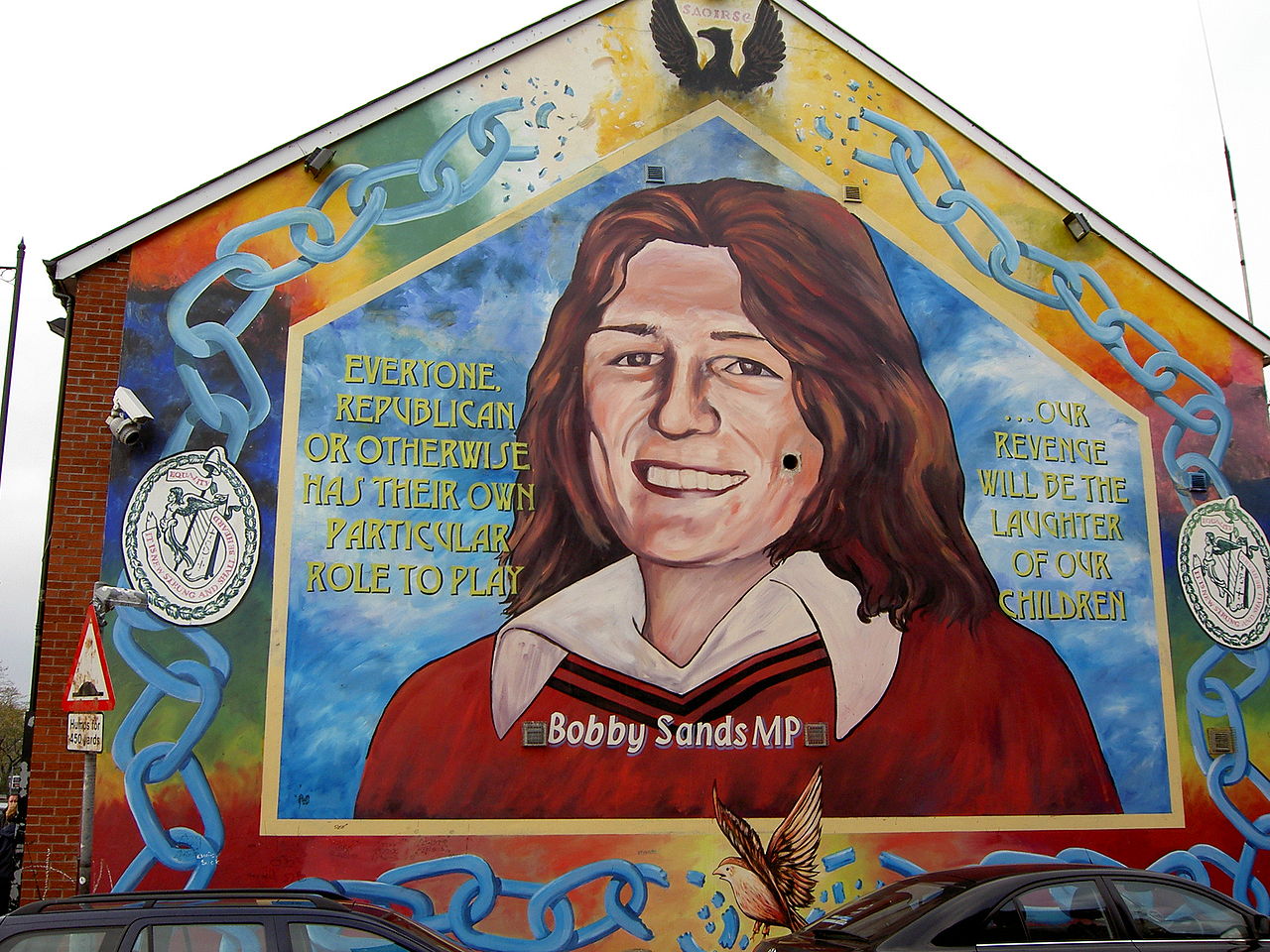 Easter Rising, an armed insurrection in Dublin, launched by Irish Republicans in 1916 in order to put an end to British rule and establish an Irish government has often been the topic of painters. 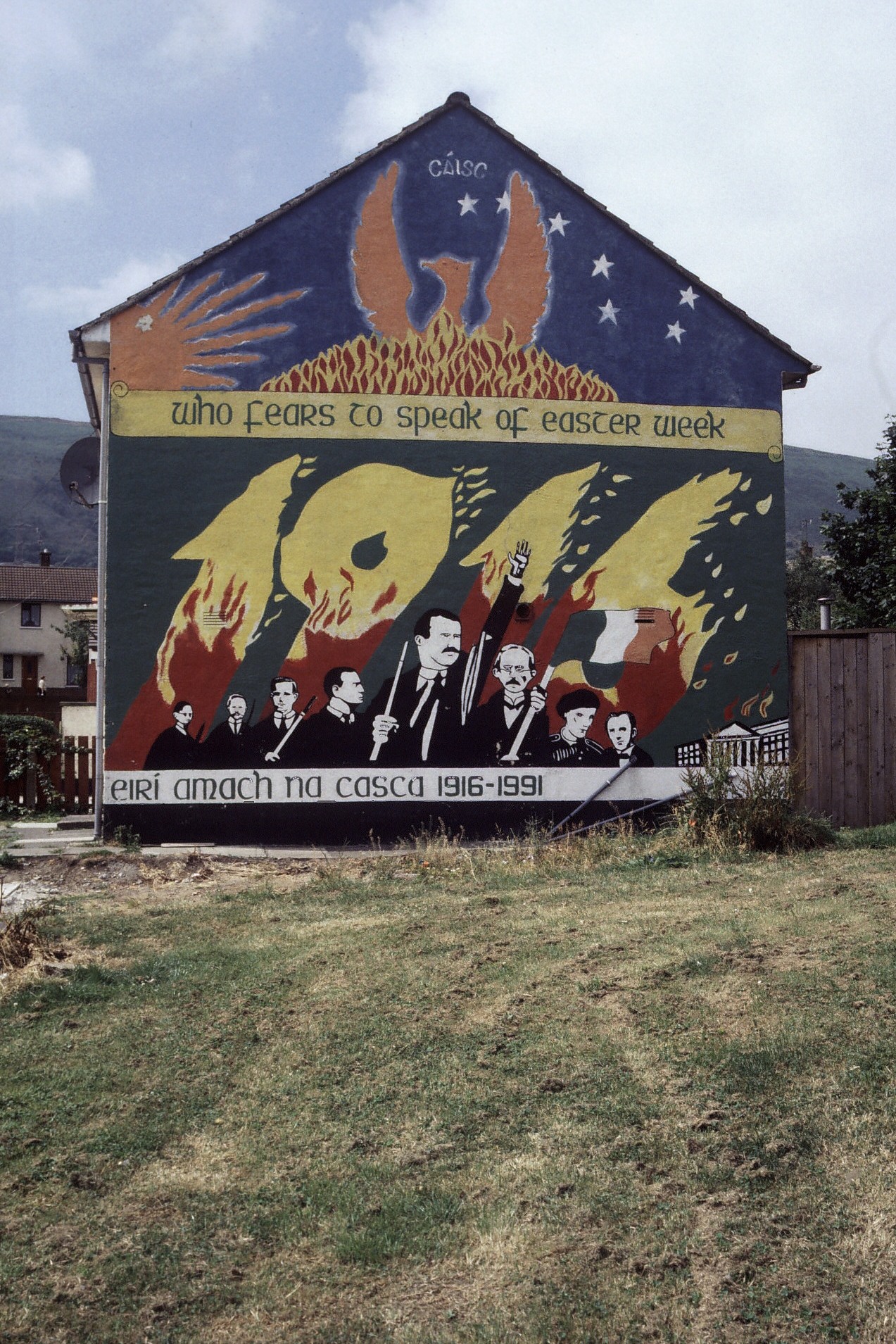 But the unionists have painted lots of murals, too. Fiercely opposed to the nationalists, they praise everything that symbolizes the domination of Britain over the Catholic population, such as the battle of the Boyne in 1690 when William III of Orange defeated King James VII, representative of the Catholics.

As you may see, the murals in Northern Ireland deal with history, religion, politics, terrorism, murders, etc. They are considered as political paintings and it is believed that 2,000 murals, repainted regularly, have been registered since the beginning of the Troubles in 1970.
They are very important for both the Irish who do not want to forget what happened on their soil and the tourists who can understand the history of the country as if they were visiting an open air museum.

Do not forget that the Irish are fantastic story-tellers and they like expressing their feelings in books, films and paintings.

Truganini and the genocide of the Tasmanian aborigines

Minorities in the US under Trump's mandate