Kenneth Loach was born on June 17, 1936, in Warwickshire, in the West Midlands. It is the county where Shakespeare was also born. His parents belonged to the lower middle class, a class he has always defended in his movies. After studying law at Oxford and two years in the Royal Air Force, he started a career in the dramatic arts and worked first as an actor, before becoming a director for the BBC.

His first works were docudramas but he soon decided to direct films for the cinema. He has directed 27 films so far, 30 TV plays and 6 documentaries. He received a lot of awards and he is the most prestigious film director of the Festival de Cannes. He won the Palme d’Or twice, in 2006 (The Wind that Shakes the Barley) and in 2016 (I, Daniel Blake). 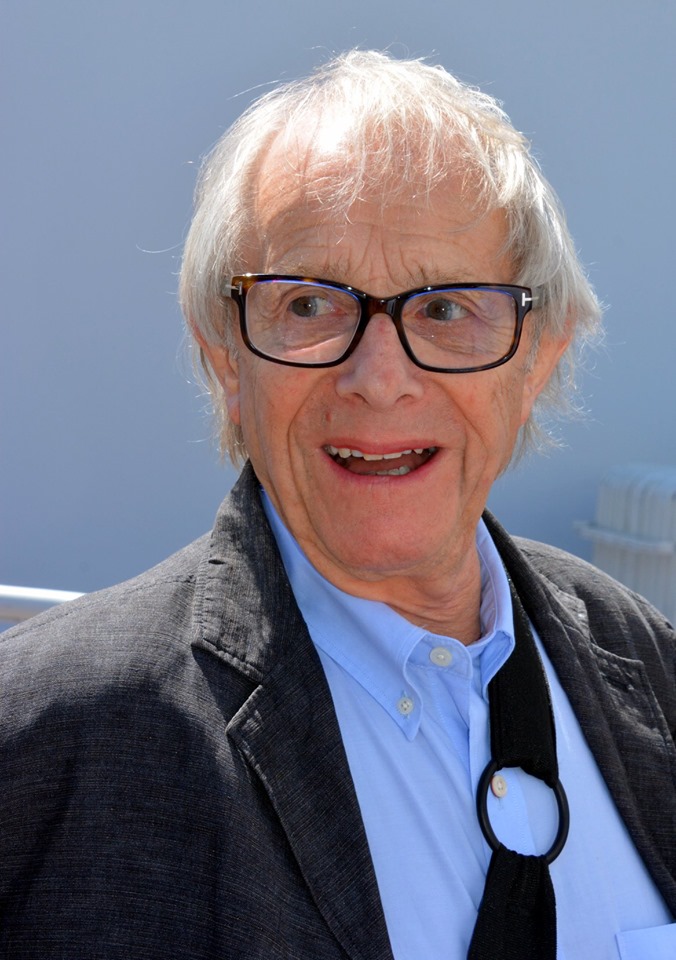 Ken Loach
A docudrama is a TV programme which mixes together elements of drama and documentary. It is based on events that really happened.
b. Ken Loach and politic

Apart from his brilliant career as a filmmaker, Ken Loach is known for his political commitment. As early as the 1960s, Ken Loach joined the Labour Party, supported the Trade Unionist and Socialist Coalition in 2012 and campaigned for a new left-wing party in 2013. In 2016, he realised a documentary, In Conversation with Jeremy Corbyn, leader of the Labour Party.

Since 2009, he has condemned the positions of the Israeli government, refused funds and supported boycotts to protest against their policy towards Palestine.

The Labour Party, founded in 1900, is a centre-left political party. It is an alliance of social democrats, democratic socialists and trade unionists. It acts in favour of a greater state intervention, social justice and defends the workers' rights.
A Trade Union is an association which aims at defending the rights of the workers.
The Trade Unionist and Socialist Coalition is a left to far-left wing alliance which was created in 2010 for the general election.
2. The social activist filmmaker
a. The power of denouncing in England...

As an activist, Loach denounces the dilemmas that all kinds of minorities suffer from. In the 1960s, he attacked the problem of homelessness (Cathy Come Home) and poverty (Poor Cow). Poverty is a recurrent theme in Loach’s filmography. In 1993, Raining Stones will express how difficult it is for an unemployed man to buy a communion dress for his daughter.

Like him, his heroes can be activists as in It’s a Free World where a woman defends the rights of migrants, but they are often depicted like ordinary people affected by alcohol (My Name is Joe) or depression (Looking for Eric) though they cannot be blamed for the wrongs which gnaw at them. Indeed, they are moving characters and the audience has pity on them.

But Ken Loach does not only explore what is taking place in his own country, he also makes us discover the political, social or historical situation of foreign countries too, present or past.

In the 1990s, Hidden Agenda dealt with the Troubles in Northern Ireland; Land and Freedom was about the Republican resistance during the Spanish Civil War; and Carla’s Song explained what the situation was like in Nicaragua. In 2000, Bread and Roses was centered on a strike organized by janitors in Los Angeles.

In 2006 The Wind that Shakes the Barley focused on the Irish War of Independence and the subsequent Civil War in the 1920s; and in 2010, Route Irish evoked the difficulties met by former British soldiers after fighting in the Iraq war.

Here are some other films that are worth seeing: Kes, Riff-Raff, The Navigators, The Angels’ Share, etc.

As we have seen Ken Loach, whose films are marked with social realism, feels deeply concerned with the problems of our world and he uses his camera as a weapon to fight them, trying his very best to annihilate them. He is one of the greatest film producers and though he is 83 we can expect that he will continue making films until his last breath. To our delight!