Georges Washington was born in 1732 in Virginia.

At that time, Virginia, like twelve other eastern colonies, was a British Colony: it depended on Great-Britain politically and economically.

Georges Washington became Commander-in-Chief of the Continental Army, and led the War of Independence against Great-Britain(1775-1783) with the help of the French Lafayette and Rochambeau.

After his victory, the 13 colonies became "The United States of America", and they adopted their Constitution in 1788.

Georges Washington was elected first President of the United States in 1789.

For the American people he is "The Father of our Country", "first in war, first in peace, and first in the heart of his *countrymen".

Charlie Chaplin was born in London in 1889.
His parents were poor music-hall artists, and he began acting at the age of 9.

He was not just an actor, he controlled every aspect of the film-making process: producing, casting, directing, writing, scoring* and editing the movies he acted in.

He arrived in New-York in 1910 and decided it was there he wanted to live.
But he never became an American citizen, because of his political ideals: he had sympathy for the pacifists and communists and this was very suspect during the *Cold War.
He had to leave the U.S.A. in 1952, and settled in Switzerland.

He returned only once to the U.S.A., to receive an oscar for his contribution to the film-making industry (1972).
He was ennobled* by the Queen of England in 1975 and thus became "Sir Charlie Chaplin".

Martin Luther King was born in Atlanta, in the South of the U.S.A.

At that time, especially in the South, there was a lot of segregation: black people were not considered as American citizens.
There were different schools for Blacks and Whites, and also separated *pavements. In the buses, black people had to stand at the back, in order to leave the *seats to the white passengers.

In 1954, he became a pastor for the Baptist Church in Montgomery.

One year later he created the Civil Rights Movement to protest against segregation. He took the decision to start a political protest after Rosa Parks, a black woman, refused to let her seat to a white man in a bus, and was taken to prison.
There were a lot of non-violent street *demonstrations to ask for equality between Blacks and Whites, and Martin Luther King was sent to prison many times.

In 1963, he delivered his famous *speech "I have a dream" in front of the Lincoln Monument in Washington, and in 1964 he received the Nobel Peace Prize.

He was assassinated in Memphis in 1968, but the Civil Rights Movement had been victorious on many points: segregation laws were abolished in schools in 1954 and President Johnson signed The Civil Rights Act in 1965.

Martin Luther King Day is celebrated every year on the third Monday in January.

Elvis Presley was born in Tulepo, Mississipi, in a poor family.

For his eleventh birthday he received a guitar.
He discovered gospels at church, and the blues in the Black area of his city.

He started singing blues with two other musicians in 1954, and in 1956 he *released his first single (Heartbreak Hotel) which became his first gold record.

Back from his military sercice in 1960, he started acting and singing in movies which were all big successes at the box office.

From 1969 until his death, he was the world’s most famous rock’n roll singer, known as "The King".

Elvis Presley sold over one billion albums *throughout the world, more than any other singer or group! 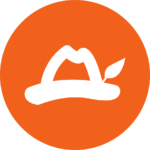 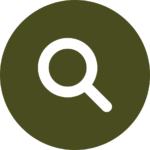 Les quantifieurs : some, any, no et leurs composés