At the beginning of the 17th century, England and Ireland were ruled by King James I from 1603 to 1625, a convinced Presbyterian known for persecuting the Catholics.

Remarks
James I ruled also over Scotland under the name of James VI (by that times, England and Scotland were two different countries ruled by two different monarch) from 1567 to 1625. He is the son of Mary Stuart, Queen of Scots who was once married to Francis II, King of France. 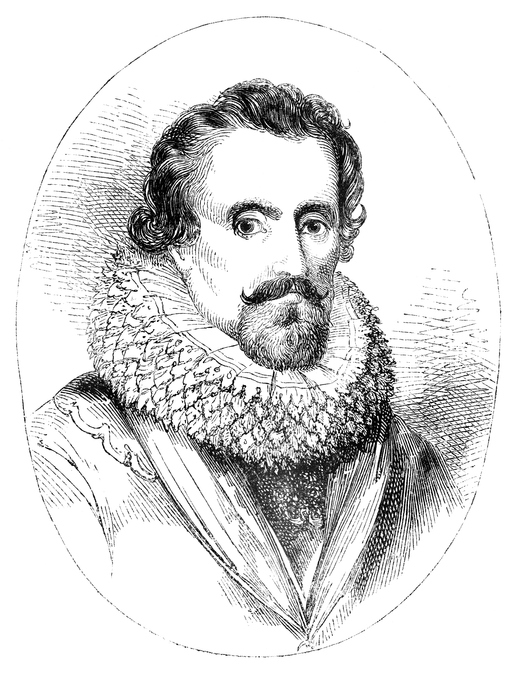 James VI and I, King of Scotland and England.

In 1605, the Catholics, disappointed by the fact that James I would not give them religious tolerance, planned to blow up the House of Lords during the State Opening of Parliament. Led by Robert Catesby, a group of 13 men managed to bring in the cellars 36 barrels of powder destined to blow the House of Lords and its occupants to smithereens. Guy Fawkes, who had a ten-year military experience, was in charge of the explosives.

But shortly before the attempt, Lord Monteagle received an anonymous letter warning him that he should not attend the ceremony on 5 November. One of the plotters, Francis Tresham, who was Lord Monteagle’s brother-in-law, was suspected of being the author of the letter though he always denied the accusation. Lord Monteagle showed the letter to the King and a plan was set to thwart the plot.

To thwark someone or one’s plan : to prevent someone from doing or getting what they want.

On 4 November around midnight, Guy Fawkes was arrested whereas he was about to time the fuse. Though he refused to betray his fellow conspirators and claimed he was acting alone, they were arrested a few days later.
Robert Catesby and some of his men who had fled London were killed in a battle with the sheriff of Worcester, and the eight survivors, including Fawkes, were hanged, drawn and quartered.

2. The celebrations today
a. The Bonfire Night

People in the UK and in former British colonies celebrate Guy Fawkes’ night on November 5th. In fact, the Gunpowder Plot, or more precisely the fact that King James VI and I was not killed in the attempt, has been celebrated in England since 1606.
It is now called Bonfire Night. Parades, fireworks and bonfires spread everywhere, effigies of Guy Fawkes are burnt on top of the fires. Children create scarecrow-like effigies of Guy Fawkes and carry them through the streets and ask passersby for “ a penny for the guy ” and, as nobody wants this event to be forgotten and remain vivid in the memories, they recite the following rhymes : 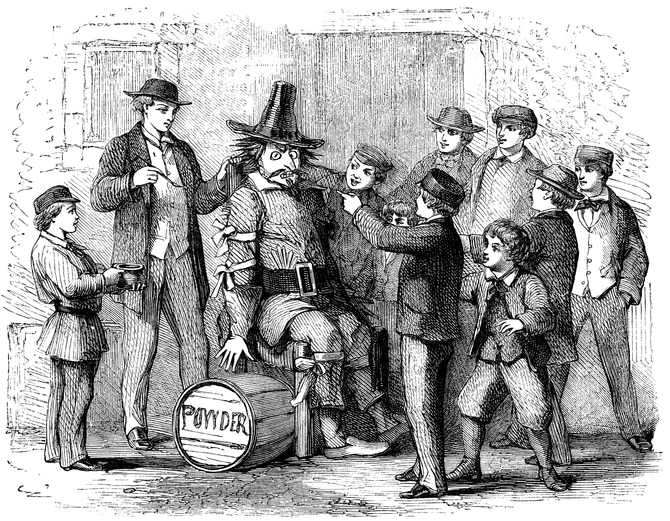 The Bonfire Night. The British celebrate the failure of blowing the Parliament with fireworks. Ironic, isn’t it ?

b. Guy Fawkes and culture

Guy Fawkes and the Gunpowder Plot are so important in England that a TV series, Gunpowder, was produced in 2017.
A film entitled V for Vendetta was released in 2006. Guy Fawkes masks have become a symbol of protest all over the world. 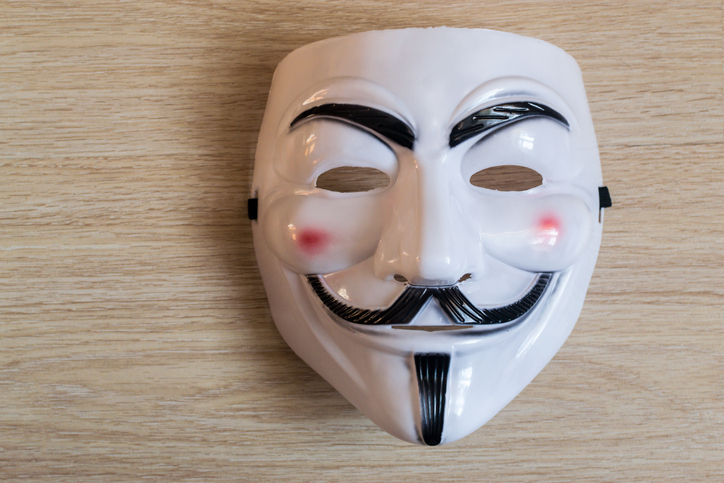 c. Repercussion of the plot nowadays

Last but not least, you must know that even today, more than 400 years after the failed attempt at reinstating a Catholic monarch in England, the cellars of the House of Parliament are searched by the Yeomen of the Guard (the Beefeaters) before the Queen arrives for the State Opening of Parliament which takes place annually in May. Who knows, there could be some barrels of gunpowder hidden somewhere ?

Beefeaters : guards at the Tower of London wearing a uniform made in the style of the 16th century.

As you can see, people in England do not intend to forget what happened – or could have happened – on 5 November 1605.
4 centuries later, they take to the streets and show their attachment to the Royal family, and this will last for years and years to come.